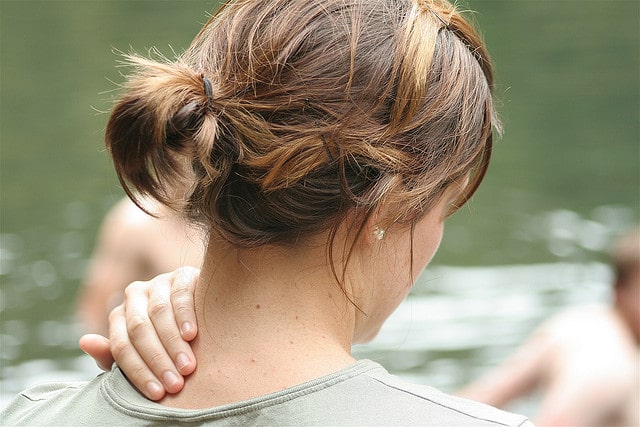 New research from Nuffield Health shows that a shocking number of people are unable to work due to long-term back pain. Up to three million people are currently on extended sick leave because of the issue, and with absence costing businesses £29billion, it is one employers are being forced to address.

The survey by Nuffield Health shows a distinct problem in the workplace when it comes to long-term back pain, with up to 15% of the population having been off sick from work for over a month. In fact, back pain was responsible for up to 15million sick days in 2013 alone and has increased considerably as fewer workers are aware of the damage being caused by lack of mobility in the office which can include back damage and perhaps less obvious, damage to organs and muscles. Sedentary lifestyles, both at home and at work, are the main contributing factor to back pain, with 74% of sufferers confirming that they do in fact lead a physically lazy lifestyle.

The survey also showed a link between lack of movement at work and chronic back pain; over half of respondents (51%) said they spend the majority of the day sitting down at a desk or driving. Of the respondents, 49% also said they did not take regular breaks from their sitting positions during the day, which has led to a huge number of permanent muscuoskeletal conditions that are costing workers their living and employers millions in sick pay. So how can this issue be remedied?

One of the best ways to avoid unnecessary sick leave through back conditions is to assess which areas of the workplace are causing the most strain to employees. The importance of workplace ergonomics should not be underestimated; for instance, the level of an employee’s chair in relation to their desk is imperative if they are to maintain a healthy spinal position and reduce the chances of back pain occurring. Identifying these factors early on can prevent muscuoskeletal disorders from happening in the first place, and help employees find comfort and higher levels of productivity.

Where sitting down cannot be avoided, for example in an office environment or driving jobs, regular periods of movement should be encouraged so employees have the chance to flex tired muscles.

Other benefits of implementing a back care and muscuoskeletal protection programme in the workplace are not just physical, but mental. Employees are usually less stressed as they regain levels of physicality they perhaps hadn’t realised they had lost.

With such a large number of the population unable to work due to chronic back pain, putting the aforementioned methods into practice could save the economy and the health service billions – we’re far less productive when we’re in pain, however a lot of us still choose to suffer in silence.