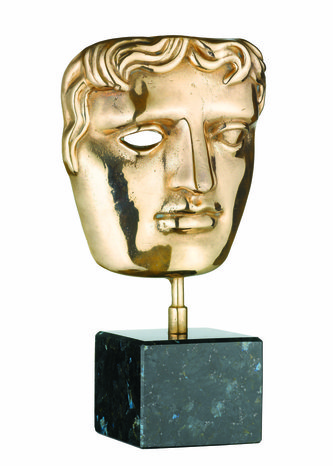 This years BAFTA’s saw a whole host of celebrities attending including Ant and Dec, One Direction and stars from top TV shows of all genres including drama Breaking Bad and reality series Gogglebox. The acceptance speeches as usual had you cringing in embarrassment, wiping away a tear, laughing out loud…forcibly anyway. How is it that celebrities perform so well on camera but fall to pieces and lose all awareness for their surroundings when it comes to award speeches? If it happens for them, it can happen in an interview. Watch and learn…

Olivia Colman – Best Actress
She cried. A lot. You could barely understand her, the heaving were sobs very sweet and entirely genuine, but still a little cringeworthy. In an interview a) try not to cry (!) but b) ensure you speak slowly and articulately, making sure you are understood. If your voice shakes due to nerves, breathe and slow down. If all else fails, smile – this made Olivia’s speech melt hearts rather than raise eyebrows.

Sean Harris – Best Actor
He looked down, mumbled and went on and on. Keep it succinct in an interview, look up and know when to stop talking. We all know the importance of non-verbal communication, particularly in terms of body language. Perhaps it’s just nerves that create the lack of eye contact or twitching some suffer, however it can come across to an interviewer as a lack of interest or an inability to communicate at a face to face level. The BAFTA staff actually had to escort Sean Harris off the stage, relaying the importance of drawing in and engaging with an audience.

Tania Alexander – Gogglebox, Best Reality
Tania was pleasantly composed in her interview, happy and engaging. She showed her appreciation by saying a lot of thank you’s, to the extent of thanking each of the 12 families on Gogglebox…individually. At the end of the day, the stars in attendance know the audience at home secretly want one thing: to be thanked themselves. In an interview you can second guess at times what an interviewer wants to hear, listen and give them what they want, without lying of course! Giving the appropriate answer and not saying too much shows an interviewer you can judge a situation and converse appropriately when required.

Doctor Who: Day of The Doctor – Audience Award
They weren’t expecting to win this and as a result had no one famous from the show there! In short, they weren’t prepared – always prepare for an interview. The last thing you want is to be asked a question and not have an appropriate and informed answer; some interviewers may try to catch you out with questions they do not expect you to know the answer to aswell so it is important to have a good retort on standby just in case.

Julie Walters – Fellowship Award
Julie got it right! It was the right length, she responded to the audience, it was funny, interesting and easy-watching. In an interview it’s important to realise who your target audience is and who you are trying to impress. It is possible to judge the mood and vibe of the interview within the first few minutes, so try to speak and carry yourself in a professional manner while remaining lighthearted should the occasion call for it. Interviews are obviously a nerve-wracking experience but if you are ready and passionate about the job in question, then engaging your interviewer can be a simple task.

It looks as though some people accepting awards at this year’s ceremony could perhaps take a leaf out of Julie’s book – although we are grateful for the parallels we can use in the recruitment world!