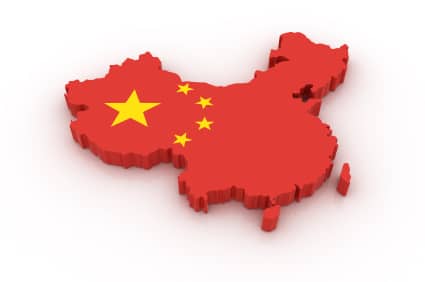 Online recruitment forms such a big part of the UK’s and indeed, the US’ jobs market. We know China to be a totally different economy already and so with the countries added economic difficulty and the recent devaluing of the Yuan, looking into their online recruitment practices and methods makes for interesting reading.

In terms of market share on search engines commonly used to hunt for jobs, China’s main search engine Baidu has 80% of it in China vs. Google’s 10%. Some of the reason Google has such a small proportion is to do with privacy – China does not allow the freedom of information Google does. Additionally, Google is painted as a negative force in China.

In Baidu’s favour too, the complexity of the Chinese language is catered for. Different words have different meanings and whereas Baidu has an intense local focus and grasp of Chinese language and intent, Google’s search results in China are often off, making it less effective.

So for online recruitment and making sales using search engines, Baidu is likely the engine of choice, although sensitive information on individuals and companies when researching a potential position may be harder to come by.

Plenty of people in the UK make their living off Google, but is it the same in China? The short answer is yes with the story of one man using Baidu to generate Internet sales available here. Additionally, Baidu itself generates a lot of its income from advertising – meaning there must be a lot of advertising professionals over there working in this industry.

With China’s bold move to devalue the Yuan and massive stock market losses felt the world over, for finance professionals in the country, times are turbulent. China’s manufacturing levels also dipped in August so being employed in China might not be the easiest right now!

Living, recruiting and working in China poses different problems to the UK. Forbes asked just these questions and discovered that Expats living in China were generally happy with their remuneration package – with the average salary for a middle manager being $276,000.

On the downside, the cultural fit is a struggle for expat workers who only tend to socialise with other expats. The language barrier proves troublesome too, with expats citing Chinese as difficult to learn.

British resource OnRec looked into online recruitment in China, finding it to be growing and also going in a local direction with more localised targeting. Online recruitment is time efficient in China and external vendors are in more demand than ever – driving costs high. Turnover is also high making online recruitment an even riper market out East. There are some minor and small reports of hiring freezes too, but these don’t seem to be big at the moment.

With turbulent times in China and a big demand for talent, we remain on tenterhooks to see what happens next with their recruitment.