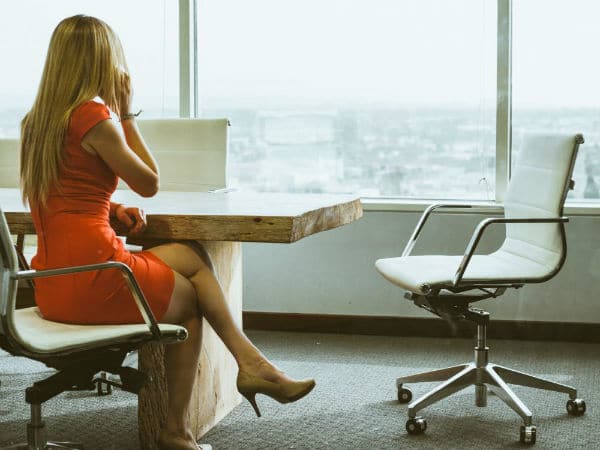 Britain has struck the first blow in the fight against gender pay equality by becoming the first country to collect company pay data and make it public. Firms employing more than 250 people have had to declare their gender pay gap with the, not-terribly-surprising, results showing that based on median hourly pay men are indeed paid more than women, with eight out of 10 companies having gender pay gap issues.

So how can the gap be closed? For a start, by recruiting more women to the industries with the worst gaps, such as construction, IT and finance. But experts believe it’s not just about employing more women, but about fostering company cultures where both sexes can flourish. That means having a balance of men and women, creating an equal dynamic and more inclusivity.

Promoting more women to senior positions and creating a more flexible way of working at higher levels is also crucial. Companies of all sizes can change the way they recruit new employees and most can implement more flexible working. HR departments need to look at ways to introduce more inclusivity and promote equal pay – for example by conducting a pay audit to examine the salaries paid to employees by gender. Training managers to be fair is also a vital step towards ensuring that the best person for the job is hired and promoted – regardless of their sex.

What Can Employees Do?

If you’re worried you’re being unfairly compensated, asking for a pay rise is the way to close the gap on a personal level. Traditionally women are far less likely to ask for a pay rise than men, which in itself contributes to the pay gap. Before asking for an increase, research median salaries for your job, experience, and responsibilities. Be confident and highlight your accomplishments. Avoid overthinking things: most men aren’t crippled with self doubt when asking for more money.

Thoughts like “what if they can’t afford it?” and “what if I’m not worth it?” will destroy your confidence and make you more likely to back down and not even get as far as arranging a chat in the first place. If your boss says no to a raise be ready with other requests to negotiate for – would more flexible working hours suit you better and enable you to do the school run or work from home if a child is sick?

If your requests aren’t being met, it’s possible you could earn more money by resigning and going to work elsewhere. Just be careful your CV doesn’t look as if you’re a serial job-hopper. You need to strike a balance between making strategic moves and showing that you can commit to a job and are not jumping from employer to employer. Finding a new company who appreciates you and pays you what you are worth is every woman’s (and man’s) right – maybe it’s time for you to make the change.