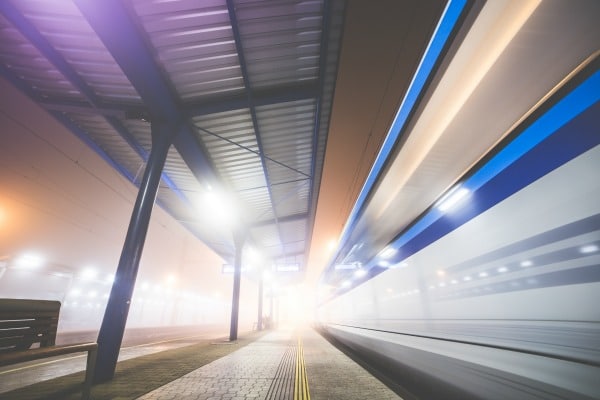 We periodically read articles dooming our future and forecasting an imminent takeover of the world of employment by robots… or something to that degree! And whilst this dramatic prediction is unlikely to happen, it is interesting to look back at some jobs that have already been computerised, and others that are set to go that way in the coming years.

Jobs That Used to be Human Operated

A look back at jobs of the past helps us to realise how far technology has brought modern work and communication. For example, the below jobs all used to be human-operated:

• Switchboard Operator – Telephone switchboards used to be manually operated
• Bowling Alley Pinsetter – Although we may take the computerised re-setting of pins for granted, in years gone by there used to be a human pinsetter waiting at the end of the bowling alley to reset the game!
• Lift Operator – Despite the fact it seems beyond ordinary to press a lift button to be taken to the floor of your choice, this used to be completed by a person who controlled a large lever and used timing to know when to stop the lift from moving so persons could exit
• Knocker-Upper – This one’s amusing. Prior to alarm clocks in around the 1920s a knocker-upper existed. This person would hit your window with a long truncheon or stick until you woke up!
• Supermarket Cashiers – We all know the dulcet tones of “Please wait for assistance” and “Help is coming” from the self-checkout areas of today’s supermarkets. Although cashiers still exist, large numbers of us now scan and purchase our weekly shop without human assistance

Jobs That Could Become Robot Operated

A study from Oxford University suggested that within the next 20 years 35% of existing jobs could be replaced with technology. In addition, Boston Consulting Group predicts that by 2025 25% of jobs could be replaced by smart software or robots. Here are a round-up of jobs that may become computerised in years to come:

• Taxi Drivers – The friction between Uber drivers and the company have been notable in 2016 as it was ruled that drivers are employees of Uber and entitled to minimum wage and other rights. However, with Google’s efforts into driverless cars well documented and Uber hot on its heels, it could be that the taxi driver becomes eliminated altogether in years to come. Already in Heathrow airport there are driverless pods that take you from the carpark into the terminal
• Factory Workers – Much of manufacturing is becoming computerised as staff are required to manage and maintain machinery rather than complete the work itself
• Journalists – Robot writers now produce written reports on data. For example, the company Narrative Software offers Quill software that writes up data instead of human writers
• Doctors – Robotics already help with delicate medical procedures such as keyhole surgery and robots may also soon be able to diagnose conditions as a GP by running through possible options for illness and treatment
• Cocktail Waiters – One cruise ship has installed a robotic bar that mixes and serves cocktails with no human intervention. Although very clever, it’s been said the cocktails don’t taste particularly good!

Will we soon be receiving CVs for software packages at RR? Or will engineers have armies or robots to manage as supposed to HR professionals having teams to take care of?

If we look back at the history of recruitment, our service has also become far more computerised. Gone are the days of face to face recruitment and large offices, online recruitment agencies such as ours use technology and automated processes to streamline recruitment and keep it at a low cost. We’ve fully embraced technology, and look forward to it helping the world of digital recruitment even more so in the future.