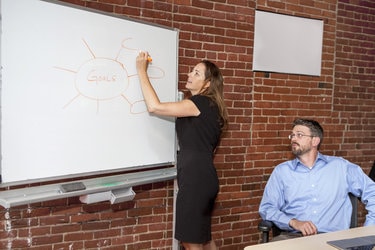 It can be said that many famous leaders throughout history have stuck to a formula – and the same can be said for the bosses and managers in today’s business sector.  Here, we take a look at the characteristics of some historical leaders – from Napoleon to Margaret Thatcher – and how you may recognise your own boss in these archetypal leaders of men.

A formidable woman, Margaret Thatcher was a Prime Minister that split opinions right down the middle.  Whilst she had supporters who were incredibly loyal, some of her decisions incited a great deal of hate.  Her reputation was that of the Iron Lady, one who’s choices were made in a utilitarian way, she seemed not to care about how she was seen but rather by the results of the actions she took.

A Thatcher-style boss will have elements of the Iron Lady in the way they do business.  They are not out to make friends, and have an unwavering sense of purpose and determination.  Sometimes they can let their own brash opinions overrule certain aspects of their decision-making and it may be hard to reach them on an emotional level.  If Thatcher bosses are to engage employees and get the most from them, they need to be open to new ideas and the possibility of change.

Ernesto Rafael Guevara de la Serna, better known by the nickname Che, was a Cuban revolutionary who use guerrilla warfare to bring down the dictatorship run by Fulgencio Batista, which gained him both notoriety across the world and popularity among many Cubans.  His unruly and often violent style was, he believed, the only way to be heard in a difficult country rife with political unrest.

Guevara bosses are often unconventional and may be somewhat aggressive in terms of making their opinions heard.  They are reluctant to embrace any kind of organised bureaucracy but will be successful in getting what they want from their business.  Despite often causing controversy and perhaps sometimes creating animosity, Guevara’s inspire loyalty and take it very seriously.  If Guevara bosses are to make the most of their business they must realise that being a maverick all the time can cause others to throw too much caution to the wind – lead by example.

Napoleon, despite being one of the strongest military leaders in history, is probably more widely known for his small stature, inspiring legions of height-challenged men to be described as having a Napoleon complex.  It could be argued that his height was a factor in his determination to conquer the military world.

Napoleon had a very good memory, and had a measured and practical approach to the way he conducted his military affairs.  He was charismatic, something which is often not spoken about, and inspired legions of men to follow him and his ideals throughout many war campaigns.  Napoleon bosses are hard to work for as they are perfectionists with very high standards.  Despite this, they are often inspirational and good at getting team members to strive forward to a shared goal; but must be careful not to become preoccupied with their own agendas and remember the rest of the team.

Do you recognise your boss – or even yourself – in these descriptions?  Whilst most leaders follow some kind of psychological formula, it is possible to take the good elements of each of our examples and combine talents to create an excellent management style.