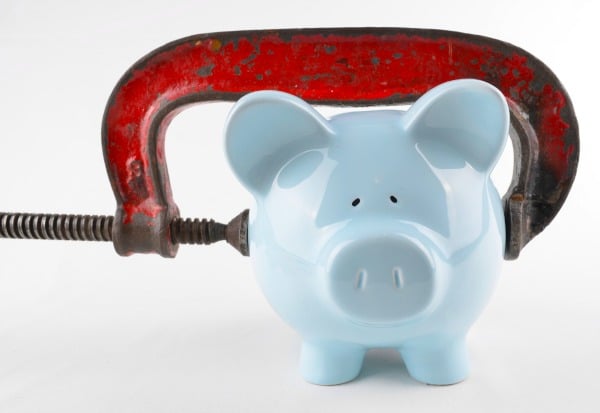 The boss of retail giant Next has caused anger with his controversial comments about the Living Wage, made last week. He stated that the idea of a Living Wage was an ‘invention’ which was ‘irrelevant’ to today’s working people. Here, we discuss his comments and the backlash they received, as well as how the Living Wage is calculated and its potential to increase the quality of life for many of the UK’s workers.

The Current Living Wage
This debate has been a hot topic for many in the HR and recruitment industry as candidates begin to search out companies that offer the minimum Living Wage in order to have a better quality of life. The Living Wage is an independently calculated amount which refers to the actual cost of living in various areas of the UK, aiming to get more businesses to pay a more realistic wage above the national minimum. This is designed to reduce reliance on government handouts and enable workers to live more comfortably.

Currently, the Living Wage is set at £7.85 an hour and £9.15 in the London area. This is significantly more than the national minimum wage which currently sits at £6.70 and although it is set to rise there are many who struggle to make ends meet. The Living Wage is an idea which has gained much momentum as more and more companies choose to take part in order to better the lives of their staff, while also achieving higher levels of productivity and morale.

What Lord Wolfson Said…
The boss of Next, Lord Wolfson, accused the Living Wage of being irrelevant and an invention which has no basis in reality. He claimed that for many people, particularly in the retail industry, £6.70 an hour was more than enough to live on. He also stated that the Living Wage is irrelevant in terms of who receives it, saying that families require more money than students for example and that it depends on the circumstances of the person being paid. These comments have, as expected, caused outrage among many who state that Lord Wolfson is in fact the unrealistic one. He took home £4.6million last year, and received a bonus of over £800,000 just a day after making these comments. His staff earn on average just £11,000 a year, promoting the message that Lord Wolfson is out of touch with the struggles of his workers, and in fact the whole of the UK employment force.

The Living Wage organisation has hit back at these claims of irrelevance on their website, with Rhys Moore the Director of the Living Wage Foundation stating that thousands of Next’s staff require help from the government to make ends meet and that employers need to do more to reduce the welfare bill. The Living Wage has gleaned a great deal of support from many businesses and politicians, who say that if a company is in a position to pay a more liveable wage then they should.

How is the Living Wage Calculated?
The Living Wage avoids bias by being independently calculated by the Centre for Research in Social Policy at Loughborough University, and in London by the GLA. It looks at a variety of areas which suggest the best amount to pay in order for workers to enjoy a positive quality of life without needing to struggle or rely on welfare from the government.

The comments from Lord Wolfson show a lack of understanding from some highly-paid managers who appear out of touch with the needs of their employees. As the rate of inflation continues to rise, the cost of living and the ability for people and families to enjoy the same lifestyle they require becomes more difficult.

Anna Taylor of RecruitmentRevolution.com says of the Living Wage debate: “Businesses need to be aware of the needs of their employees, and not just their working life but their personal lives too. Staff who do not consider themselves able to live comfortably on the minimum wage will begin searching elsewhere, and financial employee retention strategies must be considered to keep top talent.”

Although Lord Wolfson’s comments were controversial and largely scoffed at by multitudes of workers; it has brought the argument to the forefront of people’s minds again, which can only help the cause.

The long term effect of the living wage on the recruitment space remains to be seen. But if you’re unhappy with your wage and looking for a position elsewhere take a look at our jobs search online.