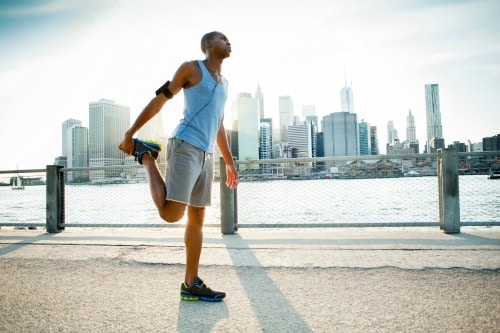 As recruiters, we know how important it is to target the right candidates. And conversely, candidates are often eager to get noticed by the right recruiters – with one eager individual in particular taking things a step further.

Fitness First
Being able to go the extra mile when applying for a job is often seen as a huge benefit by the company in question. Doing research, finding the company’s place in the market and being able to answer any questions that come during the interview is the key to being prepared. However, one candidate decided that this was not enough, and wanted to make a real impression. One that was eight miles long and portrayed a very special message!

Fitness tracking company Strava, creators of an app that lets fitness-mad users track runs and bike rides over a series of maps, were targeted rather cleverly by Mr Dan Miller. The keen runner was looking for a company he could see himself working passionately for, and to him Strava was the perfect choice. So he decided to try something different in order to get himself noticed.

Run, Dan, Run
Dan Miller decided that a CV was not enough, a cover letter just didn’t cover it and an application form is just so last year. Instead, he ran eight miles to spell out the words ‘HIRE ME’ on a map. The impressive stunt was certainly demonstrative of Dan’s passion for running and he definitely had creativity and innovation on his side.

Unfortunately, at the time of this post being published, Dan has yet to hear from Strava about whether his eye-catching display has made any difference to the progress of his application. We are going to keep a keen eye on this story and keep our fingers crossed for Dan Miller, whose effort and passion for running could help him secure the perfect position at his dream company. Watch this space!