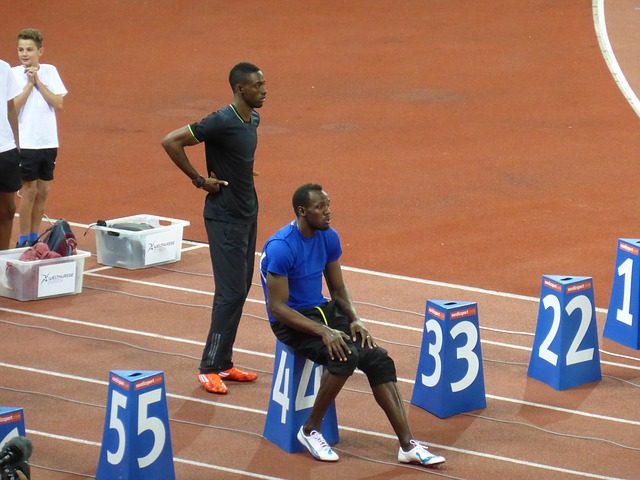 With the athletics World Championships just recently completed at the Bird’s Nest in Beijing we thought it would be an interesting exercise to look into the recruitment process and jobs required in order for the BBC to bring us their outstanding athletics coverage in combination with how British Athletics fills its vacant positions.

First to consider, is who needs to be hired to get the excellent coverage we all enjoy? Behind the scenes the BBC will need to consider: camera men, journalists, writers, technical and digital professionals to provide real time coverage and event write ups for the website, social media professionals, runners (of the media kind), individual event experts to write about and add their input to results and a big logistics department to decide who’s going to be where and on what flight at what time, producers, translators for the Bird’s Nest, transport, executive producers and catering… and breathe!

So who is going to be front of house during the event coverage? Gaby Logan and Michael Johnson were the main presenters based in Salford. However, many of the other sports presenters had TV slots both in Beijing and Salford which placed new pressures on logistics in our opinion! Other front of house hires will include those conducting interviews, experts adding insight to their event, the sports professionals, commentators and of course – the event mascot!

The HR department for the BBC must be a busy one, particularly when it comes to athletics coverage. In addition, British athletics must have a bit of a busy time too.

We’ve done a bit of research into how British Athletics recruit for sports, and have the below conclusions:

– They have the power!: In essence British athletics say that if you don’t hear from them, it’s bad news. You don’t get a “no” or reasons as to why you weren’t hire, it’s a cut throat business.
– They have strict rules to adhere to: For British Athletics professionals to even get to interview candidates, they have to first undergo specialist training from HR in The Equality Act, employment law and best practice. To us, this indicates a lot of red tape and care. British Athletics are in the spotlight, and a wrong move can be bad news for the organisation’s reputation.
– They surprise candidates: British Athletics value an ability to problem solve! They mention in their recruitment process that candidates might be asked to complete an unforeseen task.

So if you’ve been inspired by the Championships and wish to get involved in a paid position, the opportunities are there but it is competitive.

Athletic Lessons From The World Championships

To finish off, when it comes to recruitment and working there are lessons we can take from some of the sporting events we saw:

Gatlin vs. Bolt – Sprinter Justin Gatlin’s coach starting a big argument with the BBC about biased coverage of the 100m event in Usain Bolt’s favour. In the end, Usain Bolt prevailed over the twice convicted drugs cheat and (aired) confrontation ensued. The translatable lesson? Only say things in the workplace if you’re prepared to take on the consequences! Gatlin’s coach and his outcry over BBC treatment of his sprinter led to a big backlash, and even more attention on the fact his athlete had been banned previously for doping. Consequences can be tough – so think before speaking in the workplace.

Jessica Ennis-Hill – Thirteen months after giving birth she won the World Championship Heptathlon event. There’s not a lot to be said here aside from that this is the ultimate argument for being the working mum!

Recruitment, HR and logistics for major athletics events both in the sporting and media arenas must be a massive headache. But athletics’ prominence is growing – so if being involved in sports is your goal, don’t give up! The need for talent is huge both in front of and behind the camera.