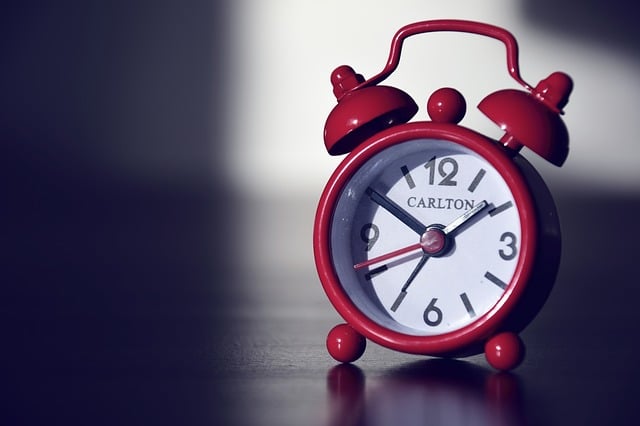 One Oxford University academic suggests making employees start work before 10am is akin to torture for some of us who struggle with the early morning alarm. We’ve got his thoughts on when we should be starting work according to our body’s natural circadian rhythm.

I’ve heard of notable figures, past and present surviving on very little sleep. Five am is apparently THE time to rise from slumber according to many successful business people such as Vogue’s Anna Wintour. Mark Wahlberg rises at a frankly insane 2.30am every morning to workout before filming. Michelle Obama is up at 4.30am, Barack Obama sleeps just 6 hours a night… which is an extra 2 hours on Winston Churchill who survived on just 4 during World War 2.

There are those who need more sleep though – thank goodness. Enstein had 10 hours per day plus naps and Bill Gates needs an absolute minimum of 7 hours.

Against The Body Clock

Dr Paul Kelley is a leading Academic at Oxford University, working for their Sleep and Circadian Institute. Talking body clocks, he maintains that between the ages of 10-55, starting work at 9am may result in sleep deprivation. We focus better, later during the day.

It’s no secret Brits are often tired resulting in stress, weight-gain, anxiety, frustration and high blood pressure among other mental and physical ailments. Could the time we start work be the reason why?

When talking about the effect of sleep deprivation, Professor Kelley says the below:

“It is hugely damaging on the body’s systems because you are affecting physical emotional and performance systems in the body. Your liver and your heart have different patterns and you’re asking them to shift two or three hours. This is an international issue. Everybody is suffering and they don’t have to.”

We’ve written previously about calls to make the rigid 9-5 work day more flexible; workers’ stress levels are higher than ever before and as a workforce we’re clocking up more and more overtime.

Other interesting facts and figures to come from the piece include:

– Those between 14-24 are in particular, the most sleep deprived

– University students will not start focusing properly until 11am

So… thinking of asking your boss if you can have a sleep-in? Now you’re armed with the evidence to prove why they should say yes!