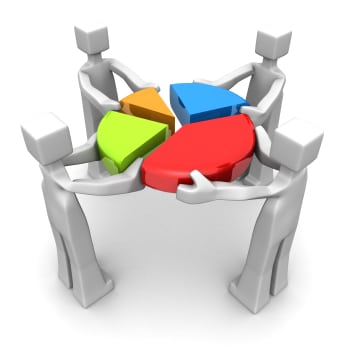 With the first quarter of the year almost at an end, the second part of the yearly recruitment cycle is about to begin. Here, we look at the aspects of each quarter that need remembering in order to maximise the chances of recruiting the best possible candidates.

First Quarter
We are coming to the end of the first quarter and the post-Christmas job rush is waning. With the start of a new year many people question their careers and whether making a change with the changing year will benefit them. This creates an influx of potential candidates, both active and passive, who can be targeted.

Beginning the year with major recruitment initiatives therefore is a great way to encourage those who are just thinking of leaving into applying for something new. Online recruitment agencies can often use social media platforms to target passive candidates who have started the new year without much enthusiasm. They can be reminded of the other opportunities available to them via their various social networks and the ‘new year, new you’ aspect is a constant attraction for employees dissatisfied in their work.

Second Quarter
The weather may not be the first thing that people consider when it comes to hiring, but for industries that rely on the change in seasons, the second quarter is the time to target candidates. Builders, landscapers and other employees who work physically outside find an influx of opportunities throughout the spring months of April, May and June.

The tourism and hospitality industries will also be getting ready for the upcoming summer months and you’ll likely see a potential rise in seasonal job offers. This is a particularly good time for students therefore, both university and secondary school age, to begin looking for those lucrative summer contracts. It’s useful to note for young people too, that being hired for short-term employment over the summer can prove favourable for their long term future; getting oneself on the books with a summer job raises the likelihood of either being hired by the same company on a full-time basis after leaving education or returning for work the following year.

Third Quarter
This is the slowest quarter of the year in terms of recruitment. The vacant positions that were so prevalent in the spring and at the start of the summer months have been filled by this point and from August until the end of September there is a lull. This makes it a particularly good time for recruiters to take a breather and finish that never-ending task list!

Fourth Quarter
The fourth quarter is often the most varied part of the year with a collection of seasonal hiring in the retail and hospitality industries, but it can also be a slow down for some agencies due to client end-of-year budgets. Saying that some companies look to fill as many vacant positions as possible during the winter in order to start the new year with a full team on board.

In terms of candidates, there is a noticeable slow down of applications most probably due to the desire to keep things easy over the Christmas period.

By being aware of the annual cycle and preparing for it, online recruitment agencies are able to specifically target the correct candidates when they’re needed. So, as we step into the second quarter – it’s time to step into spring with your job hunt!