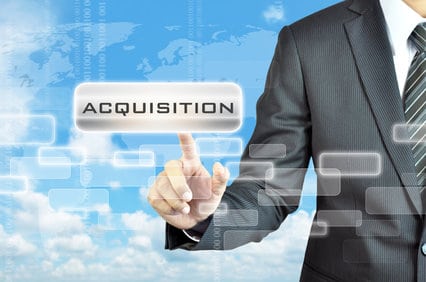 The current talent shortage in the UK is being reported by several industries, with calls to increase training in key areas such as engineering, finance and marketing. Here we discuss why and how the talent drought has become such a huge issue for UK companies and how businesses can learn to attract scarce candidates for roles with specialised knowledge.

The economy has recovered significantly since the recession, however the current shortage of available candidates could cause yet another shift in the financial climate.

The annual recruitment cycle often sees the first quarter swell with recruitment drives designed to attract talented candidates who may be looking to make a change in the new year.

However, many sectors are still struggling to find dedicated and talented staff who are willing to let go of a previous position in order to embrace a new one. The sectors noticing the biggest lack of talent include:
• Digital Marketing – Digital marketing has come on leaps and bounds since the introduction of mediums such as social media and SEO, which have become hugely important to the overall success of a business’ reputation. The pace of digital marketing is dizzying, with new technology becoming available every day, and the search for educated and informed talent is becoming harder for some.
• Finance – The growth of financial firms, particularly in London, is being stalled by a lack of skilled staff. Recruitment agency Robert Walters has seen a massive 48% rise in new candidates but this is still not enough to meet demand. There is a rise in candidate confidence as the economy recovers, however it appears as though this is creating something of a limbo; i.e., companies cannot grow without skilled staff but many employees do not want to change jobs until the economy grows.
• IT – It goes without saying that the IT industry has seen enormous changes within the past decade which has led to huge talent shortages. Data-driven programme and project managers are in high demand, as well as IT security professionals who are becoming hugely sought after as hackers also advance their skills.

How Can Businesses Attract Talent?

In spite of the first quarter boom of recuitment, it is expected that some variables will effect its continuation. Whilst the economy is recovering, it is still at a level of fragility, particularly with an upcoming general election and various overseas issues playing a contributory factor.

Organisations must look to employee engagement practices and increases in salary in order to secure interest in their business, encouraging workers to train in the areas that are lacking by instilling a passion and desire within potential candidates. This can be done in a variety of ways, such as an increased focus on brand engagement, remuneration changes and efforts to inspire confidence in both the industry and company itself.

Another important aspect is identifying exactly where the shortages lie within a company and tailoring recruitment processes to suit the area which is lacking. Dissecting a business and locating talent pipelines is key to continuing recovery from the recession. This means that when the time comes to begin recruiting, managers are able to quickly notice where talent is lacking and make an informed decision on how best to target recruitment strategies to meet that need.

How To Recruit Top Talent

The key to recruiting talent during a skills shortage or indeed a recession is to market a company’s brand in ways which will attract not just active but passive candidates as well. Working on the presentation of the brand too, as well as offering significant employee remuneration and engagement strategies can help change the passive candidate’s pipe dream into a solid reality.

Online recruitment agencies are perfectly versed to adopt ever-changing techniques in order to attract active and passive candidates. We use a variety of mediums, from social networking to job boards, as well as more traditional avenues to recruit. Although the talent shortage is noticeable, so is the opportunity in terms of both the economy and recruitment.