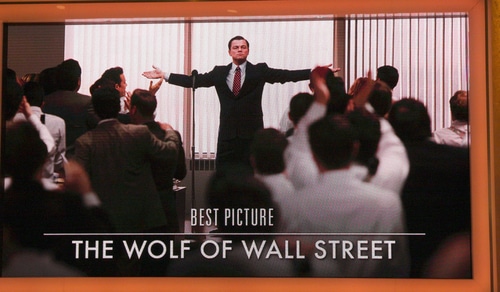 When it comes to sales recruitment, there is inspiration all around us in terms of techniques. One of the biggest personalities in the sales arena is the infamous Jordan Belfort, the Wall Street worker who became the titular wolf in Martin Scorcese’s Wolf of Wall Street. Although a fair amount of the work he and his firm did was illegal, the film demonstrates a huge array of quality skills that can be used to make a sale. This week, we discuss Jordan Belfort and the attributes and techniques he utilised in order to become one of the best salesmen on Wall Street, and how to implement them within a workplace – legally of course!

Ideal Sales Attributes
Jordan Belfort’s magnetic personality and confidence in himself was a huge catalyst in his success as a salesman. Some of the attributes which led to him gaining such notoriety in his industry were:

• No Self-Consciousness: Not being embarassed is one of the hardest parts of selling, as salespeople fear rejection as much as any other aspects of life. Jordan exuded condfidence, which came from not being embarassed about failure, but rather presenting a positive outward image. He says, “Act as if! Act as if you’re a wealthy man, rich already, and then you’ll surely become rich. Act as if you have unmatched confidence and then people will surely have confidence in you. Act as if you have unmatched experience and then people will follow your advice. And act as if you are already a tremendous success, and as sure as I stand here today – you will become successful.”

• Being Conscientious: Although Belfort lost his way and broke the law, he began as a hard-working and organised person. Ideal sales people should be motivated by their own desires as well as those of their company. Belfort says of this attribute, “If you want to be rich, never give up. People tend to give up. If you have persistence, you will come out ahead of most people. More importantly, you will learn.”

• Stable Emotions: Being able to handle the best and worst parts of a sales job requires a strong emotional stability and characteristics that promote strength and persistence. Being in sales can be tough for people who are not used to the idea of rejection, so having emotions under control is always a benefit. Wolf of Wall Street typifies what can happen when negative life choices influence emotions in the workplace and Jordan Belfort knows all too well what happens when emotions run high and the mind begins to wander, “I’m constantly asking myself questions. And the problem with that is that your brain is like a computer: If you ask a question, it’s programmed to respond, whether there’s an answer or not. I’m constantly weighing everything in my mind and trying to predict how my actions will influence events.”

• Open to New Experiences: This one is taken too far in the movie, with the flagrant use of drugs and the party lifestyle the character experiences directly influencing his downfall. Having said that, being open and allowing oneself to experience various sides of a business can help create a better understanding of a sales role. He believed in creating a destiny for himself, which meant allowing himself to understand parts of life he may not have thought of before, “Successful people are 100% convinced that they are masters of their own destiny, they’re not creatures of circumstance, they create circumstance, if the circumstances around them suck they change them.”

• Be Confident: Successful salespeople often exude confidence and are talkative, energetic and gregarious. Being confident in ones ability to hold an interesting conversation is a huge aspect to consider when hiring a salesperson. Creating an element of trust between customer and seller is a vital step in building a relationship, which could end in a sale. Jordan Belfort had confidence in abundance, and relished being the centre of attention. His extroverted nature allowed him to build on this trait not only in himself, but in those around him, “The only thing standing between you and your goal is the story you keep telling yourself as to why you can’t achieve it.”

• Cooperate: When recruiting staff for sales positions, it is important to find areas of a candidate’s personality which suggest they are agreeable, trustworthy and friendly. Although many of the characters in the film did not exhibit these traits too often, modern companies must develop trust not just between company and client but also between staff members. Although a stronger and more resilient attitude is required for hard sales techniques, having a team whose morals are without question serves to allay any worries the company may have. Perhaps Belfort’s attitude served him well in terms of finances and quantifiable sales, but his attitude towards the law and his untrustworthy nature created a tough working environment and led to his eventual downfall.

The Wolf of Wall Street is a film that plays on the sheer excess of the stock industry and serves as a surprising cautionary tale. However, the techniques used to make the sales which became the backbone of Belfort’s company are imaginative and effective. Sales recruitment is a different kind of recruitment, aimed at providing confident and vibrant individuals who have the right attitude and resilience to become a sales master. Jordan Belfort’s techniques have been widely talked about, with many citing his tactics as brilliant. Discover more about these traits in particular relation to the film from ZohoBlogs.com.