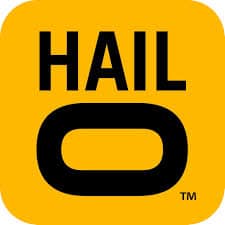 Why Has Tech Become So Important?
The concept of modern technology has its roots within its ability to make every day tasks and problems simpler and more easily-solvable. Being able to ask questions or request services from the comfort of your home, office or even on the move has propelled tech-based products and businesses to the forefront of consumer minds. The Next Web held a competition, judged on revenue, employee data and traffic between 2011-2013, here are the five companies that came out on top.

Hailo
Hailo – The Black Cab App is a smartphone application that allows users to virtually hail London cabs safely and easily. Users can pay both with card or in cash and have the assurance of safety, something which can be lacking with a lot of unlicensed London cab companies. Particularly helpful for those who do not drive or for those who find themselves stuck somewhere and in need of a safe ride home, Hailo fills a massive gap in the market and is becoming hugely popular among residents of the capital.

Made.com
Made.com are an online furniture retail site whose primary objective is to save customer’s money by cutting out the middle man and offering the best price through dealing directly with designers. In a struggling economy, Made.com has realised the value in offering clarity; traditionally a huge cut is taken by each company that has a hand in selling furniture whereas with Made.com, customers can save up to 70% by dealing directly with designers. Made.com’s popularity is rising due to its openness and honesty and the realisation that even during an economic downturn, a little retail therapy can still be had if the price is right.

SwiftKey
SwiftKey is a product purely created from the tech world. One of the main issues with smartphones is predictive text, we have all sent a misspelled text or two to our friends and sometimes worse! SwiftKey is a keyboard application that brings clarity to predictive text by using over 60 languages. It removes the frustration of texting and also learns from what users type to expand dictionaries and limit possible mistakes.

AffectV
With the rise in technology, companies’ potential customer bases have been multiplied and being able to connect with these potential consumers has become difficult for the more traditional firms. AffectV helps businesses communicate with customers all over the world using meaningful messaging and performance driven digital campains.

HouseTrip
HouseTrip is a holiday home letting site that allows users to search a database with a massive range of desinations and holiday homes. Some may think hotels are the cheaper option however HouseTrip has over 25million people that book homes rather than other types of accomodation for a truly decadent experience on vacation. It also offers people the chance not just to book with HouseTrip but to advertise your own holiday home. Customers do not need to sit at the travel agent’s and scour through catalogues to find the best deal, now the simplicity of internet booking means people have the chance to view houses from around the whole world at the click of a button.

The scope of new products and services becoming available has resulted in hundreds of tech-based start up companies. Some of these will be solving problems faced by people who are intertwined with their tech, and some will be offering services via smartphones and computers that would have been much harder to achieve in previous decades. The above list is just a small part of a huge industry that is set to gain more momentum over the coming years, meaning the potential for new jobs in this emerging field is as exciting as the companies themselves.

RecruitmentRevolution.com uses technology to provide online recruitment solutions at a lower cost, and from the looks of the above, we’re one of many with the same idea – the time is now, so get online!